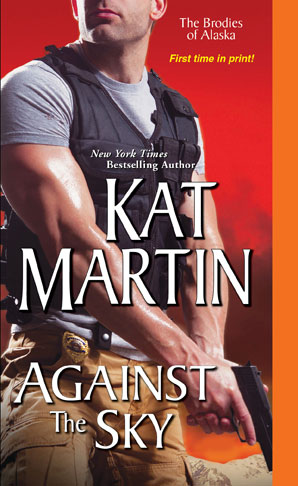 Samantha had almost reached her door when she saw a man walking toward her, tall and heavyset, weaving a little.  His suit was wrinkled, his brown hair mussed and falling over a wide forehead.  Obviously he was drunk.

She didn’t like the leering grin that appeared on his flushed face as he spotted her and staggered in her direction.  Samantha opened her purse and began digging frantically for her key card.  She was still searching when the man stopped in front of her.

“Hello there, sweetheart.  Aren’t you a pretty little thing?”

She ignored him, kept on digging, couldn’t find the damned card, prayed she hadn’t left it in her room.

“Not talking, huh?  I’m Howard.”  He stuck out a meaty hand she ignored, finally let it drop.  “Want me to help you find your key?”

“Say, why don’t we go downstairs and have a drink?  There’s a lot of great restaurants in the hotel.  What do you say I buy you dinner?”

His words were thick and a faintly slurred, though Samantha didn’t think he was quite as drunk as he had first seemed.

“I have plans.”  Like a soak in the tub and an early evening.  “Please leave me alone.”

Pain-in-the-ass Howard’s bushy eyebrows went up.  “No reason to take that attitude.”  He started crowding her, forcing her back against the door.  She wasn’t very big and he towered above her.

He moved closer, knocking the shoes she had taken off to soothe her aching feet out of her hand.  “Come on, what do you say?”

“I told you to leave me alone.”  Samantha set her palms on his thick chest and tried to push him away.  “If you don’t leave, I’m going to call security.”  She pushed, didn’t budge him.  “Please–I’m just not interested.”

“Come on, sweetheart, it’s only a drink.”

He had her completely boxed in against the door, and though her heart was thrumming away, she was more angry than scared.  There were hotel cameras everywhere.  In another second, she was going to scream.

She might have done it if good ol’ Howard hadn’t suddenly been jerked away like a puppet on a string and slammed hard against the wall.  In an instant, he was facing the opposite direction, spread-eagled, legs splayed, one of his beefy arms forced up behind his back.

“Time to go home, buddy. The lady has other plans.”

“What business is that of yours?”

Her rescuer, tall and broad-shouldered with wavy black hair, cranked the arm up higher, drawing a hiss of pain. “I told you the lady has plans.”

The most amazing blue eyes she had ever seen swung in her direction. “He a friend of yours?”

“Heavens, no. I was just trying to open the door to my room when he walked up and started accosting me.”

The black-haired man turned back to good ol’ Howard, who seemed to have realized the game was up.  “Thanks to the lady, I’m letting you go and not calling the hotel police.  If you’re smart, you’ll walk away, go back to your room and sober up.”

Howard stiffened. The arm behind his back got cranked a little higher.  Howard hissed and nodded.

“Smart move.” Easing up a little, her rescuer released him and stepped away.  With a last angry glance, Howard moved off at a loping stagger down the hall, heading back the way he had come.

Dear God, the man was handsome. With his blue eyes, high-cheekbones, and straight nose, he was one of the best-looking men she had ever seen. The shadow of a late-afternoon beard along his jaw gave him a slightly dangerous appearance that only made him more attractive.

She managed to drag her gaze away from those arresting blue eyes and found her voice. “Thanks to you, I’m fine. Are you a policeman or something?”

“Used to be. Nick Brodie. Glad I could help.”

She smiled.  “I’m Samantha Hollis. You came just in time. I really appreciate what you did.  Most people would have just kept walking.”

“Not where I come from.”

“Alaska.  Up there, people help each other. Sometimes it’s a matter of life and death.”  He looked her up and down. “You aren’t very big. That bastard was twice your size.”

“As I said, he was mostly just drunk.”

Trying to ignore the nerves she was beginning to feel, she grabbed the purse slung over her shoulder and started searching again for her key. She could feel those amazing eyes regarding her with interest.

Surprise had her eyes flashing back to him. “Seriously? You’re here by yourself?” Impossible, she thought, for a man who looked as good as he did.

He shrugged a set of impressive shoulders. He was wearing jeans and a crisp white shirt, his hair curling slightly over the collar.

“I needed a break,” he said. “Besides, my brother bought me a plane ticket.  I didn’t have much choice. How about that drink?”

She should probably say no. She wasn’t going to give him what he most likely wanted. On the other hand, a guy who looked the way he did wouldn’t have much trouble getting laid.

And she did owe him for coming to her rescue.

Samantha looked up at Nick Brodie and smiled. “You know, after my wrestling match with King Kong a drink really does sound good.”

Nick smiled broadly, all white teeth and sex appeal. The bottom dropped out of her stomach.  Oh, my.  Maybe she was making a mistake.

Nick wasn’t sure why he’d asked her to join him.  He wasn’t really looking for female companionship. Or maybe he was, but hadn’t found anyone worth the effort.  He’d come to Vegas to get away, see the city that had always intrigued him, relax, maybe gamble a little–not too much.

Samantha winced as she shoved her feet back into her high heel shoes, and he remembered seeing them in the hall in front of her door where she had taken them off and dropped them.

He was afraid he’d scare her if he suggested she open the door, go in and get a different pair, but he wanted her to be comfortable.

“I got a hunch those shoes are hurting like hell. Why don’t I wait for you by the elevator? Give you time to go in and change?”

The smile she gave him was so full of gratitude he figured he’d scored another point–besides the one he’d gotten for pulling that big bastard off her.

She opened her purse, found the key she’d been searching for, flashed it in front the lock and opened the door.  “Thanks, Nick. I’ll be right there.”

He frowned. The lady was way too trusting. He could have pushed her inside and done any damn thing he wanted. He thought she would have learned her lesson with the bruiser who’d been manhandling her.

His frown slowly faded, replaced by another smile. In an odd way, he found her naiveté refreshing. Still, if he got a chance, he’d talk to her, make her understand the need to be careful with strangers. Clearly, his cop instincts hadn’t faded, probably never would.

Time ticked past. Standing next to the elevator, he checked his watch. She’d been gone fifteen minutes when he spotted her coming down the hall. She’d changed out of her pale peach linen suit into a short black skirt, pink and black top, and another pair of heels, just as tall but open-toed and apparently more comfortable.

“Thanks for waiting,” she said. “I’ve been working all day. It feels good to get into something that isn’t wrinkled.”

His eyes ran over her. “You look fantastic.” Damned if she didn’t. With her heart-shaped face and warm brown eyes, he’d thought she was attractive. Now he could see she was way more than pretty, with a great figure, curves in all the right places, just a hint of cleavage above the neckline of her blouse. She had taken the clips out of her hair, letting the springy light brown curls that hung down her back tumble softly around her face. He wanted to grab a fistful, see if it felt as silky as it looked.